Why I Make Roth 401k Contributions

Before getting started, I want to make it clear that this is not a recommendation for you to make Roth contributions to your 401k or 403b at work.  Everyone has a unique financial situation, so your financial strategy may require something different than mine.  You should consult with your financial advisor to determine what makes the most sense for you.  I’m also not a tax accountant, so consult with your accountant regarding specific tax implications for your situation.  In this post, I’m going to walk through the reasons why I personally choose to make Roth contributions to my 401k instead of pre-tax contributions.

Looking Ahead Instead of Only Focusing on Now

The pre-tax vs. Roth 401k debate has been going on since Roth contributions were first allowed in 401k’s in 2006.  Nowadays, most employers who offer a 401k and 403b plan enable both pre-tax and Roth contributions.  This dual-option is relatively recent phenomenon and it has opened up a lot of financial planning considerations.

If you ask a tax accountant whether you should make pre-tax or Roth contributions to a 401k, 90% of accountants will tell you to make pre-tax contributions.  I’m making that percentage up, but it’s the overwhelming majority in my experience.  The reason for this is that accountants are hardwired to help you lower your taxes now.

For most people, their relationship with their accountant is very transactional.  They meet with their accountant once per year to do their taxes, pay their accountant a fee, and high five each other when taxes are done for the year.  That is the extent of the relationship for most individuals.  Sure, accountants hope to have repeat customers who come back to them year after year for tax help, but the focus is only on one year at a time and less on future projections (unless you are a business owner who meets regularly with a CPA for ongoing tax-planning).  We also don’t know what future tax scenarios will be, so the argument is in favor of taking advantage of the tax-deductions currently available.

There is no way to know with certainty what the future holds, but you can make some educated guesses. It all really boils down to whether you want a tax deduction now or in retirement and which you think will be more beneficial to you in the grand scheme of things.  For me personally, the following reasons are why I choose Roth at the moment.

I’m 32 years old currently.   I’ve been working as a financial advisor for 10 years now and have seen my income rise every year.  The average person retires at age 62 and experiences their peak earnings years in their 50’s.  Based on those statistics, I have another 30 years to go until retirement (although I’ll probably work longer, health willing) and another 20 years of potential income growth until things start to plateau.

As my practice matures, I’m sure I will experience some years where my income falls from one year to the next, but as a whole, I expect my income to be larger in the future than it is today. 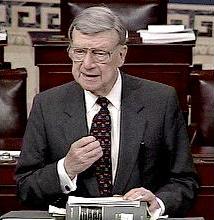 I Wouldn’t Be Surprised if Taxes Increase

Currently we are in a pretty low tax environment historically.  The highest marginal federal tax rate is currently 37%.  The top capital gains tax bracket is 20% (plus 3.8% Medicare surtax).  There have been periods in our history where the top income tax bracket was over 90%.

Given the federal deficit, underfunding of Social Security and Medicare, and the overall way our government spends money, I would not be surprised if taxes are higher in the future than they are today.  If this is the case, this means tax-free income is even more attractive in the future.

We kind of touched on it in the previous section when comparing the effective taxes paid in the late 1980’s versus today.  Your effective tax rate is the amount of taxes you paid, divided by your gross income.   Depending on income, family size, where you live, various deductions you can take, this will vary drastically for people.

For example, let’s say I clone myself and have my clone make pre-tax contributions into a 401k at the same dollar amount as my Roth contributions.  Hypothetically when we get to retirement, both my clone and I have $1,000,000 in our respective 401k’s.  I will have $1 million of spending money available in retirement.  My clone will have to pay taxes on his $1 million, so he may only end up with about $750,000 of spending money, give or take, depending on what tax rates are.  This means I will be able to have more fun in retirement than my clone, or my money will last longer (or both). 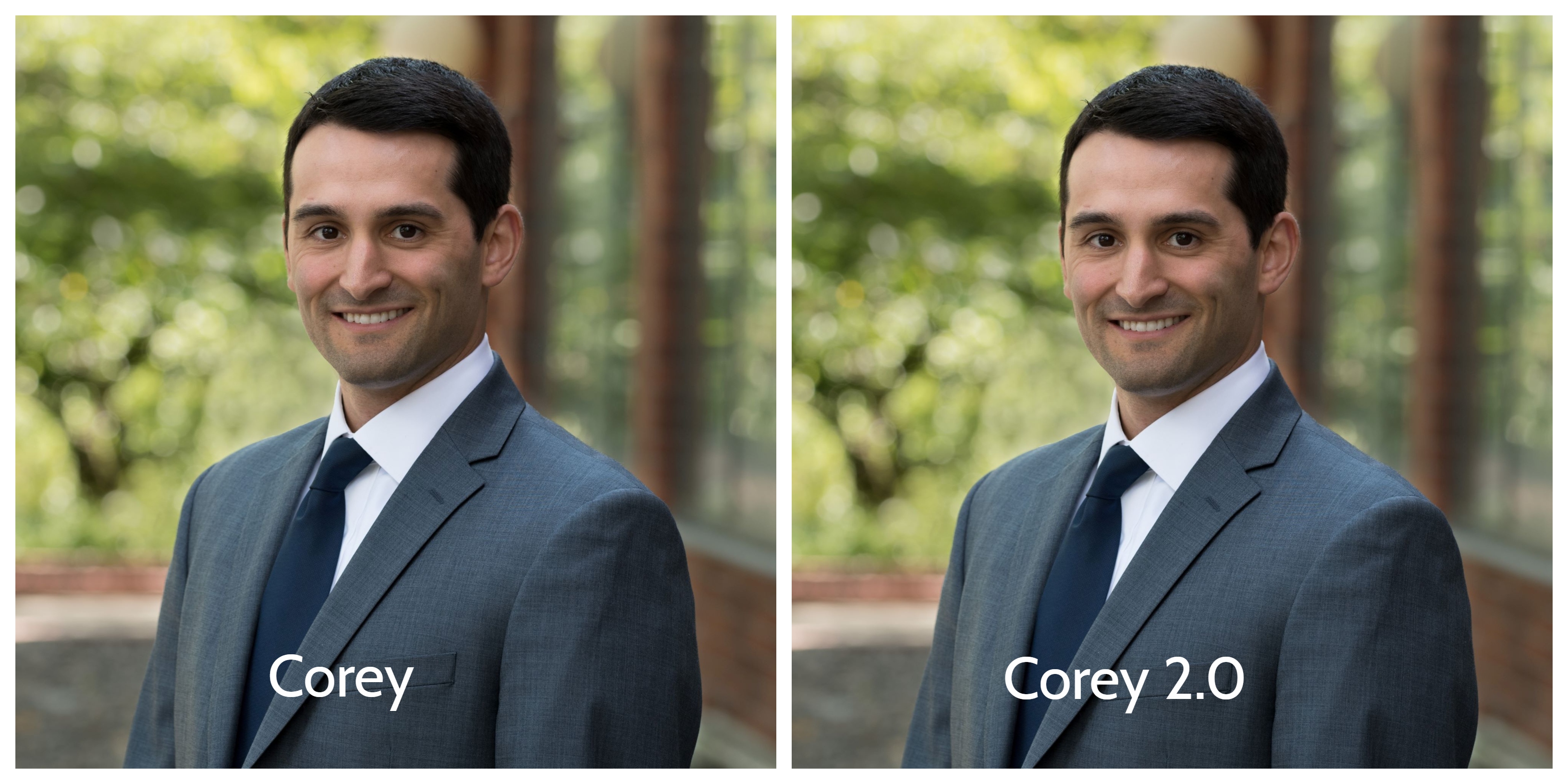 Started with Roth from Day One

When I first started this career, I was on the spaghetti and top ramen diet.  My roommate and I would buy 25-pound bags of rice at Costco for about $10.  We made a lot of stir-fry.  We would splurge by adding chicken to it, but definitely not organic free-range chicken.   It was the cheapest, caged, most inhumanely raised frozen chicken you could find.

I started making Roth 401k contributions then, because I figured my income and tax rate couldn’t get any lower.   I might as well pay taxes on my income then so I could access tax-free money in retirement when my taxes were likely going to be higher.  I’ve stuck with the Roth 401k contributions, because I never knew any different.   There was never an adjustment when switching from pre-tax to after-tax, because it’s always been Roth.

For people who want to change from pre-tax to Roth, it likely will create a decrease in take-home pay, because they are going from a tax-deductible contribution, to an after-tax contribution.  I never had to worry about that since Roth is all my paycheck has ever known.  In the future, when my income and tax rates are potentially higher, if I decide to switch to pre-tax contributions, it will result in an increase of take-home pay, because I will begin to get that tax deduction on the pre-tax deposit.

Those who know me know I hate being told what to do.  If I ask for guidance and advice, I am very coachable.  However, I like to make my own decisions.  I don’t want the IRS telling me when I have to take money out of an account.

With pre-tax retirement accounts, such as a pre-tax 401k, or a Traditional IRA, once you are 70 ½ years old, you are required to begin taking yearly withdrawals from those accounts, called Required Minimum Distributions (RMD’s).  There is a formula based on your age and account balance that tells you the amount that must be withdrawn each year.  The reason for this is the money hasn’t been taxed yet and the government wants their tax dollars.  When you withdraw funds from a pre-tax account, you have to pay taxes on the amount withdrawn.

With Roth accounts, there are no taxes when the money comes, so the IRS doesn’t care whether or not you pull money out of Roth accounts.  There is no tax benefit for the government when you make a withdrawal from a Roth account.   This means you can leave money in Roth accounts as long as you want without any required distributions.  Pretty slick.   You are 100% in control of when and how you withdraw money from Roth accounts.

I Like the Idea of Tax-Free Income in Retirement

I could make all of these arguments and throw math at you to support my reasons for making Roth contributions, but at the end of the day, my reasoning is pretty simple: I like the idea of tax-free money in retirement.  I don’t want to worry about paying taxes on my retirement money and figuring out what tax rate I need to withhold my distributions at.  I would rather not deal with it.  Even if it means I miss out on some significant tax savings while working, I will be simplifying my life in retirement by having a good chunk of income available to me tax-free.

I’ll still have to pay some taxes, between Social Security income (whatever that ends up looking like 40 years from now), pre-tax money from employer 401k contributions, and accounts subject to capital gains tax.  However, I am hoping to build a large tax-free bucket in the Roth 401k and Roth IRA’s, so taxes are ideally not a big concern in retirement.

There you have it.  These are the reasons why I make Roth contributions to my 401k.  You may or may not have the same financial circumstance or projections about the future, so your financial strategy may require something different.  Either way, it is good to walk through the reasons for your decisions so you can understand why you are making pre-tax or Roth deposits.   If there is a strategy behind the action it will make a lot more sense to you and understanding why you are doing something with your money is ideal.