Is Starbucks Killing My Finances?

This post originally appeared on January 10, 2017 on our previous blog website, www.FinancialClarityBlog.com and has since been revised and updated.

The other day my wife asked me to go get her an iced coffee at Starbucks for her.  With a two-year-old and a two-month-old at home, I happily obliged.  When I arrived at the Starbucks, the line for the drive-thru was insane.  See the picture below.  I contemplated turning around and going home without coffee for my wife, but that would have been more insane, so I stayed in line.  Was it free coffee day?  Does the coffee come with a pot of gold? 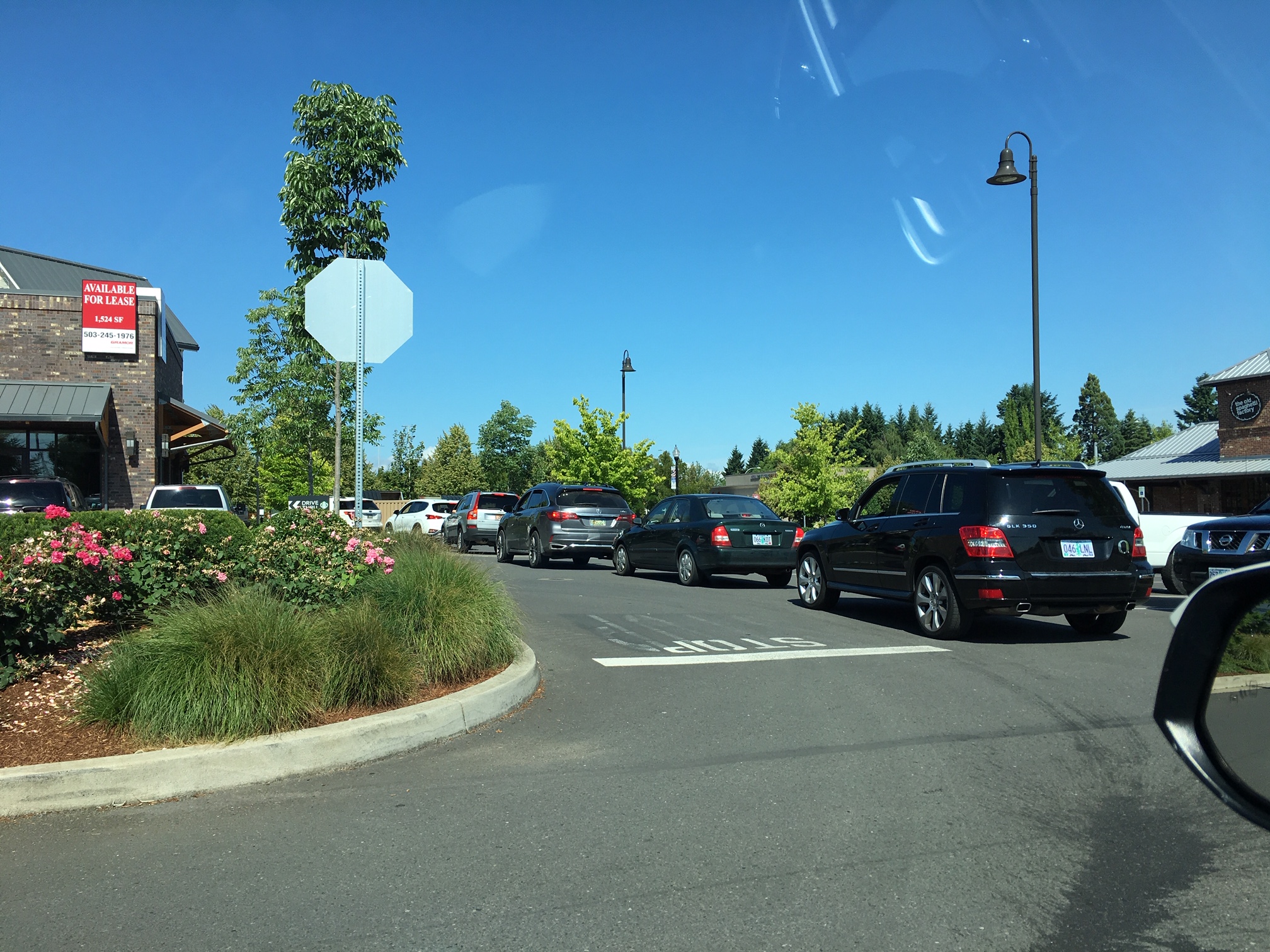 People are addicted.  In the last fiscal year ending June 29, 2019, Starbucks grossed over $26 billion in revenue.  Maybe it’s a Pacific Northwest thing.  Growing up in Florida, golfer Brooks Koepka claims to never have consumed a hot beverage in his life.  Not even hot chocolate!

Is Starbucks Really Hurting Your Finances?

The answer is a bit fuzzy.   Anybody can do the math and determine how much a daily trip to Starbucks costs over the course of the year.  Let’s pretend you stop at Starbucks every day on your way to work and get a Grande (16 oz) coffee and on Friday’s you treat yourself to a latte.  We will assume a Grande freshly brewed coffee costs $2.10 and a latte costs $3.65 (according to fastfoodmenuprices.com).  Costs vary by store, but they are all pretty close.  For simplicity we won’t factor in sales tax.  Going with those rates, each week you spend $12.05 on your morning fix.   Multiply that over 48 weeks per year (2-3 weeks of vacation plus some federal holidays and sick days mixed in means you don’t work 52 weeks/year) and you find yourself spending $578.40 per year at Starbucks on coffee alone.

If you are more economical and make your own coffee at home, it is logical to assume it will cost you less than $578 per year, but how much less exactly?  Since it is harder to calculate the cost of a cup of Joe brewed at home, we will keep it simple and pretend you have a Keurig and buy your K-cups in bulk at Costco.  At Costco, you can get 120 K-Cups of Kirkland Signature Pacific Bold coffee that my wife enjoys for $39.99 (you can often find them on sale for $5 off at $34.99).  That comes out to $0.33 per cup of coffee (or $0.30 when on sale). 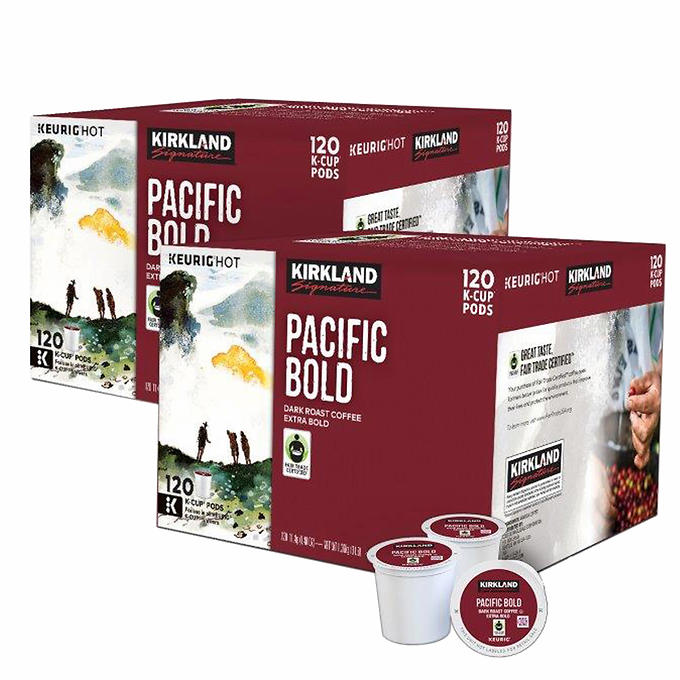 Now, the Grande coffee you are accustomed to is 16 ounces, so we will need to double up at home to keep things the same.  This equates to $0.66 per morning instead of the $2.10 at Starbucks.  You won’t make yourself a latte on Friday at home either (maybe on a weekend).  If you have two K-cups per day for 48 weeks per year, your annual cost is $158.40…which is $420 less than you would spend at Starbucks for the same amount of caffeine.

The big question: Is that $420 per year really killing your budget?  Depends on your income and your other expenditures.  If you earn a six figure income, it probably isn’t making much of a difference.  But that is $420 that could be used elsewhere in a productive manner.  That is several dinners at a nice restaurant.  A case of good wine.  Birthday presents for your kids.  You could donate that money to your local food bank and provide hundreds (if not over 1,000) meals for hungry individuals.  Multiply that $420 over a 30 year career and that is $12,600 you could save or spend elsewhere by making your own coffee at home!

But why do you really go to Starbucks?  Is it for convenience?  Probably not, because in the time you wait in line to place your order and then wait again for them to make your drink, you could have made your coffee at home and poured it in a travel mug.  Do you go because the coffee is soooo much better than whatever you can make at home?  Possibly.

For most people, their trip to Starbucks is their daily treat.  It satisfies a more emotional need.  Everyone has their harmless guilty pleasure that keeps them going in this rat-race of life.  Now, if you are opting for the whole milk pumpkin spice latte, you are probably doing more damage to your waistline than your wallet (420 calories before adding whipped cream!).

Comedian Jim Gaffigan puts it well in one of his stand-up specials.  For him, McDonald’s is his guilty pleasure – and everyone has their own “McDonald’s.”  See the clip below.

Sometimes, we just need those little boosts to get us over the hump, even if it isn’t the most financially prudent choice.  And what’s the point of living if you are a miserable miser?  The goal is to live life enjoyably.  Everyone gets enjoyment out of different things, so there is no right or wrong way to go about it.

The problems potentially begin to arise when we opt for the more expensive alternative more often than not.   If we isolate one item, such as coffee, it really isn’t a drastic expense.  But when we add up all of the more expensive alternatives, we will notice the little things add up to big things.  Getting takeout instead of cooking at home.  Buying the fancy brand of pasta instead of the regular brand.  Getting the upgrades on the new car, computer, cell phone, etc.  Buying the premium cable and internet package instead of the basic one (or no cable and using your neighbor’s WiFi).  Taking an Uber around the city instead of walking or taking the subway/bus.  Paying to get in the “A” boarding group when you book a flight on Southwest.  Hiring a landscaper instead of mowing your own lawn.  The list goes on.  A few hundred dollars a year here, a few hundred dollars a year there.  Before you know it, you’ve potentially spent a five-figure sum on convenience and luxury.

From a financial planning perspective, the key is finding a balance.  Be cognizant of what you are spending money on and ask yourself if there is a less expensive alternative.  If the less expensive alternative is satisfactory, then that could be the more financially savvy option.  But don’t go cheap on everything.  Spoil yourself once in a while!  If you are conscious of your spending and don’t splurge too often, you will be just fine.

If drinking Starbucks each morning is what makes you happy and gets your day started off right, then go for it!  But if you are indifferent and just need some coffee to jumpstart your engine, maybe opt for the homebrew and treat yourself to something else that brings you joy.