Is Your Mom’s IRA SECURE?

Share This:
This article was initially written and published on LinkedIn by Peggy Haslach on December 17, 2020.  It has since been updated for this blog.

The name sounds assuring, but is the SECURE Act leaving womxn feeling SECURE about how inherited IRA’s (or 401(k)’s) are being passed along to their beneficiaries? From what I have seen over the past few months, NO!  Let’s dive into why and what the SECURE Act did to the Stretch IRA.

It has been a year since The Setting Every Community Up for Retirement Enhancement Act, or SECURE Act was passed. The intent Act was to make it easier to save for retirement and make retirement plans more accessible to more people. Most of the laws took effect on January 1st, 2020. Some, like the Employee Eligibility Rules, will go into effect in 2021 or later. In addition, there is word that we will see some additional rules introduced in the SECURE Act 2.0.

Many of the provisions were positive as they helped workers’ save more and save longer. But there was one provision that has been nicknamed by some as the “Retirement Bombshell.” That is the rule involving Inherited IRAs.

The Stretch IRA and the SECURE Act

What changed with Inherited IRA’s? The provision changed a rule that was already complicated. Prior to 2020, if you inherited an IRA, you could “stretch” your required minimum distributions (RMD’s) and related tax payments over your lifetime instead of taking RMD’s based on the decedent’s age.  This would allow the money to remain invested in the account for longer.  Hence the nickname, the Stretch IRA.

Now, if you inherit an IRA or 401(k) from someone who died on or after January 1st, 2020, you need to withdraw that money from the account within ten years of the original account owner’s death. The rule does not apply to everyone. There are exceptions for spousal beneficiaries, disabled and chronically ill beneficiaries, individuals not more than ten years younger than the original owner, and minor children of the original owner until they reach the age of majority.

Those who are subject to the rule are realizing it is not that easy or simple to spend down the account so that the balance in the account is $0 by the 10th anniversary of the original account owner’s death. 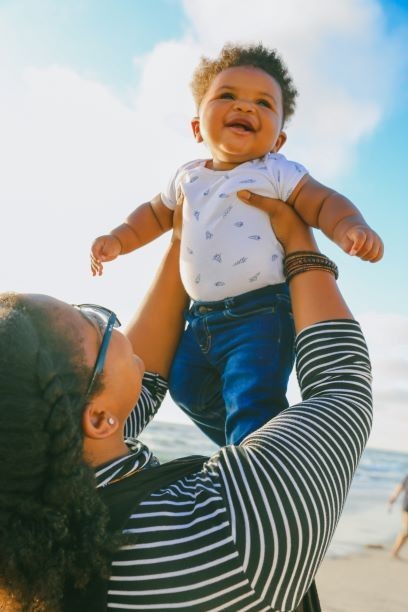 How COVID Complicated the SECURE Act

The COVID-19 shut down and a stock market crash made matters even more complicated. Instead of figuring out how to handle the SECURE Act’s new provisions, companies were focusing on business continuity in a very uncertain market. Plus, many of the people inheriting the IRAs have never worked with a financial advisor. All of the cases I have seen have involved women whose mothers have died, and only one worked with a financial advisor. That mother lived in CA. The mother had been working with an advisor she had met through her husband. When he died, she continued to work with him. But when she died, the advisor opened an Inherited IRA account for her daughter and then quickly told her to find a new advisor. “He said I should find one that lived closer to me, but I got the feeling he was not interested in helping me.” That is why she was referred to me.

It wasn’t the first time that I heard a female client tell me she felt that way. If married couples work with a financial advisor, the relationship is often established by the person who makes the household’s financial decisions. When they meet with the advisor to do retirement and distribution planning, the conversation usually centers on maximizing income and minimizing taxes. If there is a discussion about estate or longevity planning, the conversation usually centers around the first to die. If the decision-maker dies first, it is determined that the spouse “will be taken care of,” especially when transferring retirement accounts from one spouse to another. If the decision-maker outlives their spouse, then the decision-maker feels that “they will be fine.” We rarely have a conversation about what happens when the second spouse dies, or there is a divorce in the picture.

When one spouse dies and the other inherits the IRA, it is straightforward how things are handled, especially in community property states like Washington. The surviving spouse continues to take distributions and pay taxes on RMD’s. However, when the IRA/401(k) is inherited by an adult child or children, we now can’t assume that it is a simple transfer of wealth thanks to the SECURE Act. Managing an inheritance has always been challenging, but the new rules can be daunting, especially if the inherited IRA recipients are in a high tax bracket and must liquidate an IRA within ten years, especially if the account value is high. The taxes must be paid, but no one likes to take the tax hit all at once. 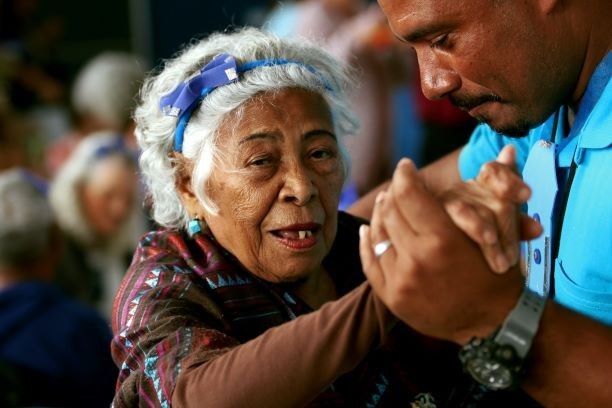 What are the New Options for Inherited IRA’s?

1.      You can cash in the account and pay the tax bill on the entire amount that year.

2.      The account can be set up so that the distribution payments are spread equally over the ten years.

3.      The account can be set up to take variable payments and manage the distributions so that the account is $0 within ten years of the account holder’s death.

Let’s look at each of these options individually. It definitely makes sense to consult with a tax professional before making any firm decisions.

1.      Take the money and run. It is very tempting for those inheriting an IRA/401(k) to cash in the account because they need the money now. This often happens when the children are left with medical bills or other expenses that they feel they need to cover to settle their parent’s affairs. Many make this decision without consulting their tax person or advisor. Then when they see the tax bill, they cringe. In this case, “hindsight is 2020.”

2.      Set up a plan of equal payments over the ten years. This can be done monthly, quarterly, or annually. The good thing about this plan is that it spreads the income and subsequent tax over the 10-years. The challenge with this is that it takes attentive monitoring. The advisor needs to strategically track and trade on the account to make sure that they are liquidating the investments to have the cash to pay out the scheduled payments. Some advisors automate this process by setting up a Single Premium Immediate Annuity (SPIA). The problem with going the SPIA route is they cannot change their mind once the payments start.

3.      Set up a plan to take strategic distributions. By doing this, they look at the 10- year timeline to see when they will take the distributions as income. Some people don’t want to take the money out now but plan to use it as they need it. Some are also using it as an opportunity to take some time off to travel (when we can again), to start a family, and even do volunteer work. Others want to use the money for projects that they know they want to do, but not until COVID is over. This third option can provide the most flexibility, but it also requires that they monitor the accounts so that the accounts are depleted within the 10-year window. 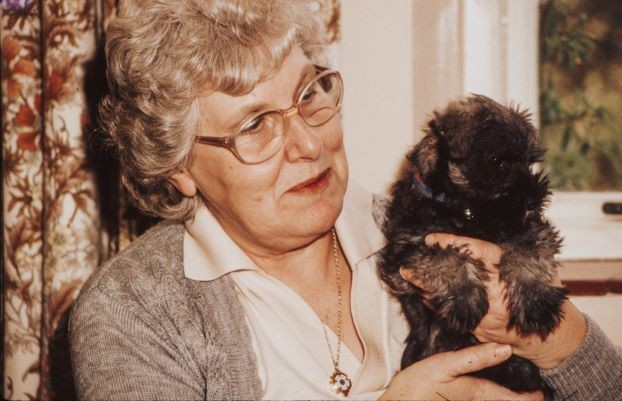 If they choose option number one, they will probably be on their own unless they have other assets or planning to do. That is because option one would probably not be the option most financial advisors would recommend. I know it is not the best option, but I also know that if the family is in a tough position and needs the money, they should cash it in. If they are going to do that, I recommend that they deduct the taxes out of the distribution. That way, they will not have to worry about a giant tax bill the following April.

The caution I have for option number two is that many clients (and advisors) only take the first step of setting up the account. Once the client starts receiving the regular payments, they don’t think about it. This “set it and forget it” practice is very common in the world of investing. With these accounts, running out of money in less than 10-years is not the problem. The problem is when there are still funds in the account at the end of 10 years. Plus, the more funds there are, the bigger the problem because the account holder will have no choice but to take the money out in one lump sum and pay taxes on it. Hence the nickname the “Retirement Bombshell.” It should be called “Retirement Account Tax Bombshell” because it may not happen at retirement. If they inherit the account at age 30, the explosion will occur at age 40, an age where most people are at their highest tax rate.

Make sure you’re working with a good financial advisor to avoid this issue.  You can request to meet with us if you are looking for one or want a second opinion.

Another problem is that the account may not be transferred properly. This already exists with inherited IRAs. The money cannot be mixed with traditional IRAs. They must also make sure that if they are transferring an Inherited IRA, they know what type it is, a “Stretch” or a “10 – Year Deferral.” I saw this happen when I was working with the CA client I mentioned above. The advisor set up the account as an Inherited IRA. His company never changed the registration name (label on the account), so when we tried to transfer the money to the new account, they would not send it to the new company because the new account was called a “10-year deferral.” Meanwhile, the client was caught in the middle, and by the time they figured it out, we had already lost time. Now the account must be liquidated within nine years and one month! I think this part of the problem will only worsen until the industry decides on a consistent label. 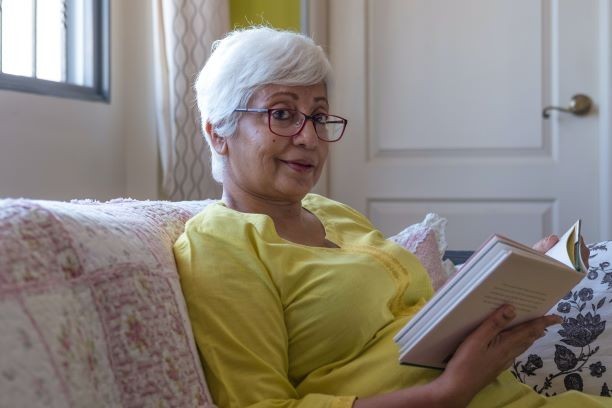 The Impact of the SECURE Act

Why do I feel that the SECURE Act may be leaving womxn feeling less secure about their retirement and estate planning? As I mentioned, over the past three months, I have worked with several womxn who have lost their mothers in 2020. When I sit down with these clients, they tell me their mom’s story and what she wanted for them and their family. When I look at the accounts, I can tell they had good intentions, but they were not advised on how to make their wishes happen. Part of it was the timing I mentioned above, but more of it centered around the fact that many mothers had not met with an advisor to discuss their estate plan (or longevity planning). Or, they met with an advisor who was not able to relate to them and their desires.

We are not going to be able to change this law anytime soon. Who knows what the SECURE Act 2 has in store? One thing I do recommend, if you have a mom, know a mom or are a daughter (or son) and have your idea on how you want your retirement accounts passed on to the next generation, then sit down and have a conversation with a financial advisor and an estate planning attorney. Also, if we learned anything from this year is that chances are your situation will change from year to year. You will want to have an advisor who keeps up with the changes and can make sure you are still on the right path. 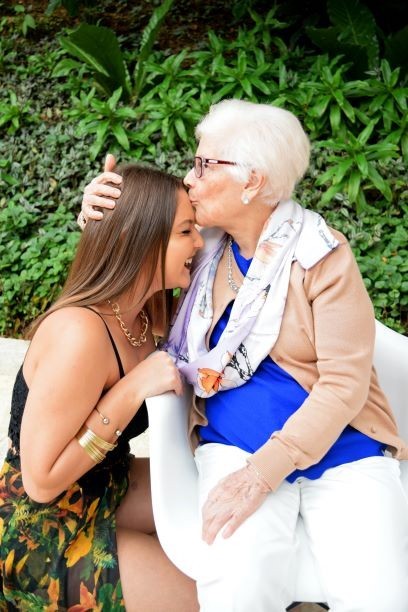 This post should not be construed as tax advice. Please consult with a tax professional for advice on your particular tax circumstances before proceeding. Investments involve the risk of loss, including total loss of principal. Consult with your financial advisor before making any investment decisions.